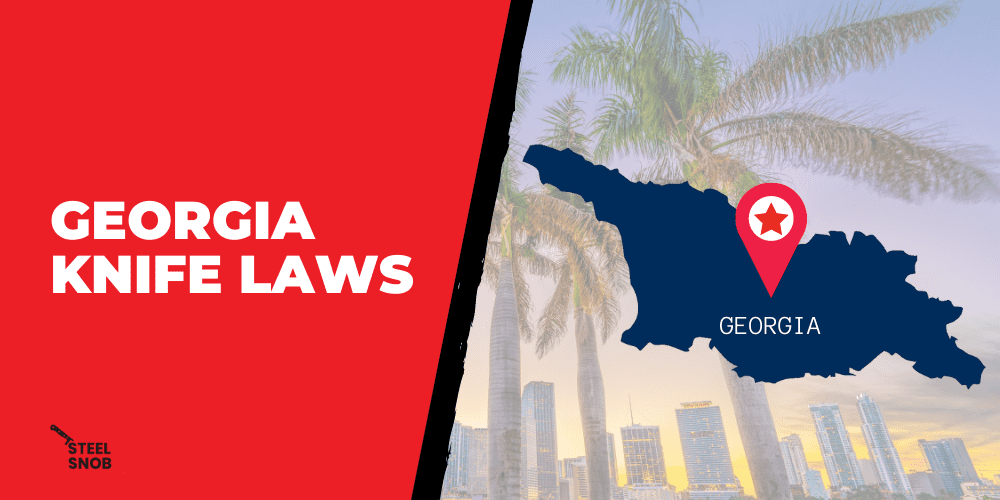 There are many reasons why you might need to know about Georgia’s laws concerning knives. For example, if you’re moving from another state into Georgia, know that your current legal tools may not be allowed in this new state. Or if you’re travelling from one state into another and want to make sure that your weapons are legal there as well, then knowing these laws may be helpful for you as well.

The blade on larger knives may be round or square. Cooking knives come in many varieties including boning knife and chef’s knife. Pocket knives are smaller than other knifes and usually have one blade that folds into the handle. They are used for jobs such as opening an envelope or cutting papers.

What is Legal or Illegal to Carry?

It is legal to own a pocket knife in Georgia. But if the blade of the knife is greater than 5.5 inches, it is classified as a weapon and it becomes illegal to carry. It is also illegal to use a knife as a self-defense weapon.

You can’t carry a knife with a blade over five and one-half inches long in the following areas: schools; penal institutions; polling places; churches; courthouses; bars; and establishments that serve alcohol.

It is also illegal to carry any kind of knife on your person in a public building or at any public meeting where notice has been given that no weapons will be permitted in the building or on the premises.

In Georgia, law allows people over 19 years old to carry knives with blades less than 3 inches in length or any other type of knife that does not have a blade more than 12 inches in length that is carried openly or concealed on their person.

If you are caught, you might be charged with a felony, meaning an automatic prison sentence of one year and a $1,000 fine.

This includes any any knife or cutting instrument that are not designed for household use. The law only applies if the knife has a blade longer than 4 inches and can be opened with one hand like a switchblade (a folding knife).

However, there are some exceptions to this law:

Those who have been granted written authorization by the Chief of Police for the county or municipality where they live;

Those who have been granted written authorization to carry or possess such knives by the Commissioner of Public Safety; and

Persons who are carrying such knives for their employment and/or occupation which, because of its nature, would be impractical to comply with this Code section.

The law prohibits a person from carrying a knife in the state of Georgia without a license. These licenses are not easily obtained, and they can be revoked at any time. People who have been convicted of certain crimes can never get their license back even if they go through the correct rehabilitation process.

Knives in Georgia is a law that needs to be understood. It is important to know what you can and cannot have within your possession, but it does not have to change the way you carry. If you are a knife owner, there are some things to consider when carrying out your daily tasks.