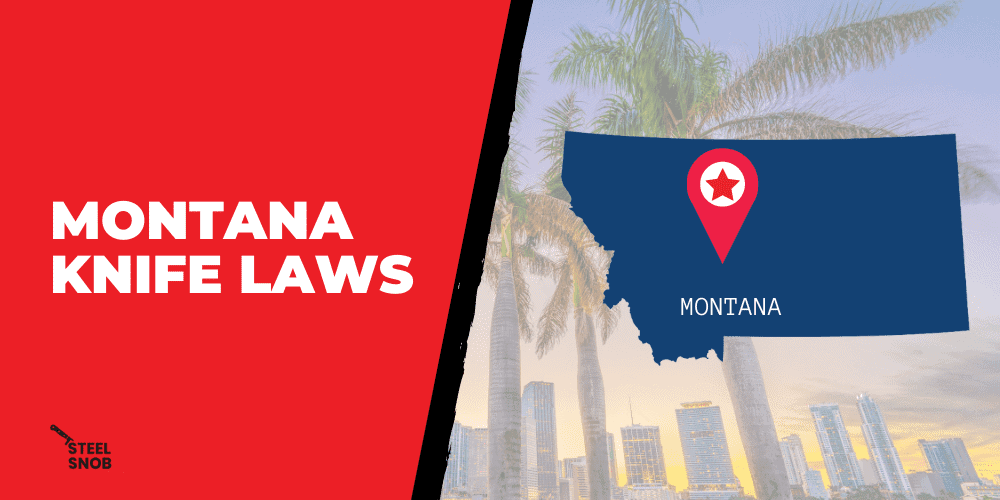 Introduction: A Brief History of the Knife Laws in Montana

This article will also provide a brief history of the knife laws in Montana.

The first law regulating knives was enacted by the Legislature in 1877, imposing a fine of $3 per knife on anyone who sold or gave one to any Indian without permission from President Ulysses S. Grant.

The law was amended in 1881 to allow the sale and possession of pocketknives without penalty for Indians if they carry them openly and no state official objects on their behalf.

In 1897 Montana legislators passed their first knife law: it prohibited the carrying of any concealed dagger, dirk, or stiletto on one’s person without permission from an authority figure.

In 1943, the law was expanded to also prohibit concealing any dagger or dagger-like object.

In 1945 the term “pointed and dangerous weapon” was added which included items such as daggers, dirks, stilettos and razors. The current knife laws prohibit an individual from carrying a concealed weapon without a valid permit and allow concealed weapons with a valid permit if they are not carried out of sight or under clothing.

Knife laws in Montana date back to the 1900s and the first law was passed in 1917. There were many amendments and additions made to this law and it was finally proclaimed that knives are not considered dangerous weapons under Montana law.

A fixed blade knife is a type of knife that has a blade that does not fold, slide, or move up and down. They typically have a metal handle and often come with a sheath.

The state of Montana does not have any restrictions on fixed blade knives, but many establishments do. Most restaurants will ask that you place them outside the restaurant or in your vehicle.

The law states that you cannot bring any type of knife into a courthouse or school.

The restriction on knives in Montana specifically mentions “a concealed weapon which is capable of ready use as a stabbing weapon,” which would include balisongs, gravity knives and switchblades.

Montana has a couple of laws about knives and it’s important to know which one applies to you. For starters, we must note that for the purposes of these laws, an “illegal weapon” is any object that can be used as a weapon and is not otherwise exempt.

If you carry an illegal weapon–such as carrying knives with blades over 2 inches long–in your car (or any other vehicle), you can be charged with a felony. You will also lose your driver’s license for up to six months and may not apply for another one for three years, unless your license is suspended because of another offense or because you’re under 18 years old and driving without a licensed driver in the car.

Montana state law prohibits anyone from carrying a dirk, dagger, or any other instrument capable of inflicting serious injury. In addition, it is illegal to carry a knife that has a blade that is more than 3 inches long. If you have been arrested for possession of a prohibited weapon in Montana, contact an experienced criminal defense lawyer.